Today I am sharing some info on particular ingredients. This time of year we tend to do more baking than ever so it’s great to see the correspondences and a little of the history of some the ingredients we use. Also is my recipe for gingerbread cookies. Nothing says winter like the scent of freshly baked gingerbread. 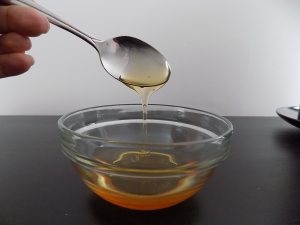 Honey’s associations are the sun and air.

Honey was the world’s first sweetener and has been suggested that humans have been gathering honey as far back as 10,000 years ago.

Honey has been sacred to many cultures all over the globe. It was also honored because it’s produced by bees and that in itself was viewed as a miracle.

Knowing this, honey is a great ingredient to have during celebrations. You can drizzle a little over Sabbat or Moon cakes, or include a spoonful with the cake as an offering to deity.

The Mortar and Pestle

The mortar and pestle is an indispensable kitchen tool. It can grind up fresh and dried herbs, nuts, coarse salt and whole peppercorns, blend dry ingredients together and is steeped in magical symbolism.

In traditions that celebrate The Great Rite between the God and Goddess the mortar and pestle symbolizes this as well.

We recommend every magical cook have one. They are perfect for magical focus because you are grinding by hand, it furthers connects you to what you are doing. Something the food processor just doesn’t capture. 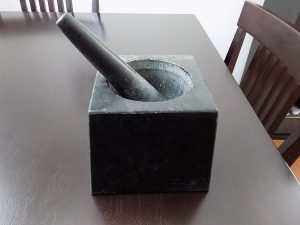 Molasses is ruled by Scorpio and Mars. Molasses makes a great scrying liquid. It’s dark and shiny surface makes it easy to read. Molasses is also commonly used in love and attraction spells.

Molasses is said to encourage a good work ethic and to bring about strength.

Molasses comes in a few different forms that you may see on the grocery shelf. Molasses is the by product of the sugar making process.

The different types or “grades” of molasses are determined by how long it boils. They are as follows:

(This is the gingerbread my mother always made growing up and still makes to this day!)

1 cup Crisco shortening (do not substitute)

Cream the shortening, brown sugar, molasses and water together thoroughly. Combine the remaining 6 dry ingredients. Stir into creamed mixture gradually. Mix well, then work with hands to form smooth dough. Cover and refrigerate 1-2 hours for easier rolling and cutting. Preheat oven to 350°F. Roll dough ¼ inch thick and cut out whatever shapes you want. Bake for 10-12 minutes until edges are lightly browned. Cool and decorate. I like to use royal icing to decorate my cookies. 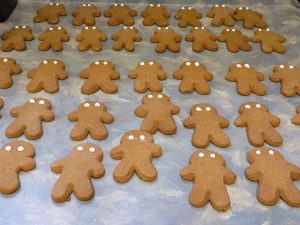